Should Greater Columbus Ohio Parents Sacrifice Their Retirement for Their Children’s College Debt? 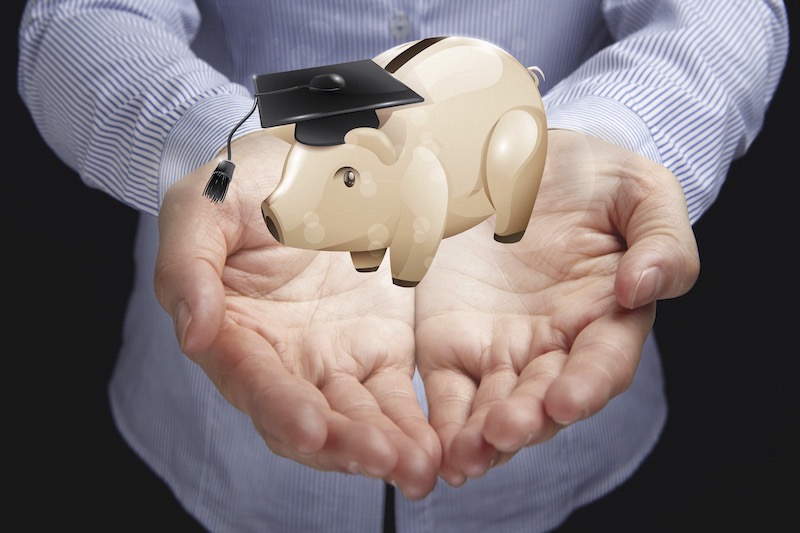 As Houston continues to recover from the devastation of Harvey, if you’ve been paying attention, you also have gotten a bit of a refresher on the greatness of humanity when pushed against the wall.

Aside from the outpouring of financial assistance flying towards Houston, here is another short roundup of humans doing wonderful things:

An armada of private boats headed to Houston. (link goes to Facebook video)

Stranded elderly couple jokingly orders a boat from Chick Fil-A, and then …

No doubt, there are more. If you have any of particular note, feel free to send them along. We’d love to see them — because in this season, and this cultural moment, it’s so good to be reminded that there is goodness around us, just waiting to be discovered.

Now, as we move into fall, and with Labor Day behind us, college is on the brain for parents around the country. And with costs continuing to rise, there is an increasing amount of pressure to liquidate retirement or take on debt in order to fund the education of our children.

I have some words about this.

Should Greater Columbus Ohio Parents Sacrifice Their Retirement for Their Children’s College Debt?
“There will come a time when you believe everything is finished. That will be the beginning.”  -Louis L’Amour

Yes, today’s college students are more indebted than ever. But there is a worrying trend rising, with more of the college-financing burden shifting to parents–and it is something that is being encouraged by private lenders and colleges. As a result, now it isn’t just that Greater Columbus Ohio young people are starting their careers under the weight of a heavy debt load — many parents are ending their careers under the same kind of weight, which might be even worse.

The dangers of PLUS loans
Over the last 25 years, an increasing portion of federally subsidized education loans has shifted to parents. Whereas parents made up just 4% of all federal education loan borrowers in the 1989-1990 academic year, they accounted for 20% in the 2011-2012 academic year (the most recent year for which data is available). That data is a few years old, but rest assured, the trend has only increased since.

The average balance for these so-called PLUS loans grew from $15,323 to $40,154 in that time. Perhaps not surprisingly, in 2013, 17% of PLUS loans held by borrowers age 65-74 were in default (again, this was four years ago — imagine how it is now). In that situation, the government has the power to garnish a portion of Social Security benefits to get paid.

The rise of private lenders
Private lenders are jumping on the loan-to-the-parents bandwagon. More than a few universities have partnered with private lenders, asking them to make education loans available to parents who were looking for more financing options.

Unlike federal loans to parents, private lenders do not charge an upfront fee (the government charges nearly 4.3% to cover the costs to originate and guarantee the loans), and for creditworthy borrowers, private loans may charge a lower interest rate.

Schools apparently like it when Greater Columbus Ohio parents do the borrowing, in part, because such loans are not included in a scorecard in which the U.S. Education Department discloses universities’ median student debt at graduation, a statistic some families use as a gauge of a school’s affordability.

Indeed, paying for college has never been a more complicated puzzle, which is made all the more challenging because of parents’ desires to see their kids succeed. But a heavy debt load is not a good option for students or parents.

What to do instead? Well, here’s a good place to start: Make a commitment not to borrow for college. Start there, and then work on the details.

For example, and as difficult as this option may be to entertain, consider: Should your child even go to college, or right away?

Consider having your child take a gap year after high school to earn money for college debt while better discerning what to study. Just 19% of students at public universities graduate in four years (!). Many students simply don’t know what they want to study, so they change majors, lengthening the time they spend in school, and driving up the cost.

Another important option: Have your child work part-time while in school and full-time during the summer.

Parents of younger kids, start saving in an education fund as early as possible (a 529 college savings plan and/or Coverdell Education Savings Account are good options to explore).

If someone has to take out a loan, let it be your child. Then show him or her how much that will cost on a monthly basis upon graduation, and make sure they understand what the implications are (probably living with roommates, perhaps not having a car, etc.). A recent study showed most students do not understand what they’ve gotten themselves into with their school loans.

The bottom line? Do not sacrifice your later life’s financial security for the sake of your kids’ college education.

Though it is tempting, sure, you AND your children will be grateful you made the hard choices now, so you didn’t have even harder circumstances later.

And if you need a resource to think this through, we’re right here.

I’m grateful for the opportunity to serve you, and for your referrals.